An Evening With Alan McGee 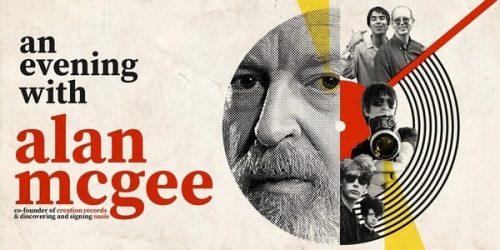 Alan McGee is a Scottish businessman, visionary music executive and most notably, the founder of Creation Records and the man who discovered and signed Oasis.

Alan joins us in The Old Courts Theatre to give an up close and personal insight into his fascinating career taking in the highs, the lows, the legends and the downright outrageous. Don’t miss this opportunity to hear the story of how one man became instrumental in defining the most notable period of UK music in half a century.

Plus, after the success of their knockout performance supporting The Sugarhill Gang in The Grand Vault, we are delighted to have secured the return of SWJ Group who will be gracing our theatre stage on the bill with Alan McGee.