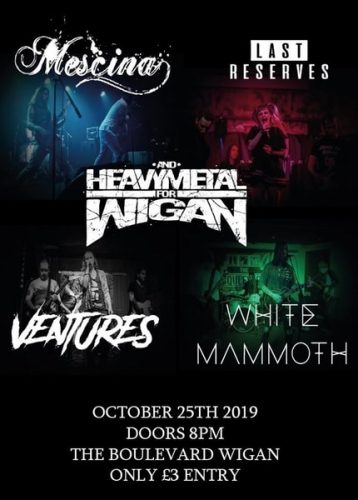 More metal at The Boulevard

Mescina
Manchester based alternative rockers returning to The Boulevard, with more hooks than a fisherman’s satchel!

White Mammoth
Returning to The Boulevard, and AHMFW with their heavy prog infused attack. Just make sure your neck’s ready for some moshing!

Ventures
Up and coming metalcore band from Manchester. A band who’ve impressed many with their work ethic, passion for the industry, and overall quality of their original material!