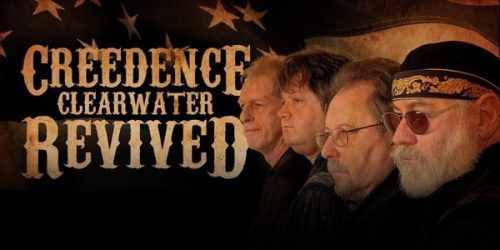 The ultimate CCR tribute band featuring Johnny “guitar” Williamson play a setlist dedicated to the legendary CCR and John Fogerty including every classic of Creedence: Proud Mary – Bad Moon Rising – Have You Ever Seen the Rain – Green River plus many more. This is a rare chance to see a classic British band perform their interpretation of a classic American Set. The band will also add all the other classic CCR songs to the set list making it an amazing two hour show. ‘CC Revived deliver outstanding musical quality, creating a unique Swamp rock vibe and atmosphere’ (Eventim.de)

With support from John Anderton who is an award winning Singer/Songwriter originally from London but now based in Wigan. John’s songwriting focuses heavily on storytelling with subtle influences from various artists such as David Gray, Justin Curry (Del Amitri) & Fran Heally (Travis).