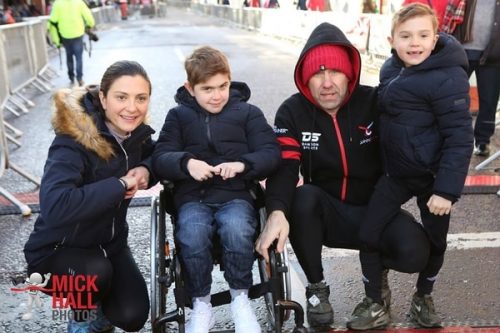 A fantastic festival of running featuring a half marathon, a 10 Miler, a 5k and a Family Mile race, organised by Joining Jack.

First up we have Danny Fallows who has been performing all over the country for the past 16 years including the annual festive shows with Wigan council. His sets range from Sinatra to the Stone Roses and everything in between.

Northern Soul and Motown tribute act Reflectionz will then bring you all the classics from the famous label and scene. The two sisters are guaranteed to have you dancing and singing along!

The Lilacs are up next and will bring high energy Indie Pop to the stage. In their first year they released two singles including their debut single ‘Vicarage Road’ and have accumulated more than 50,000 online streams containing recent plays from radio stations such as Xs Manchester, continuously playing in venues all across the country such as Manchester and London’s O2 academies.

Joe Astley completes our line up and is a professional singer-songwriter, multi-instrumentalist and radio presenter from Wigan.

His music has been received very well by the BBC in both Manchester and Merseyside, and his song ‘Revolution Postponed’ was given a rare Five Star rating from this year’s UK Songwriting Contest.

He has also recorded his own songs at Sun Studios in Memphis, where Elvis, Johnny Cash and Jerry Lee-Lewis cut their teeth. His debut album will be coming out this summer.

We can’t wait for these wonderful acts to play a part in our race day atmosphere!