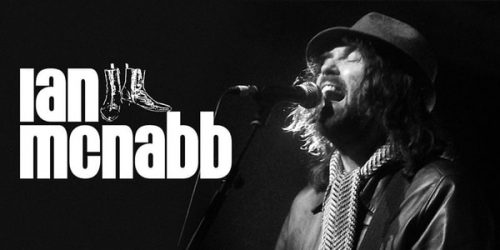 The Old Courts are delighted to welcome Ian McNabb to our Theatre for what promises to be an intimate show that’s not to be missed.

As well as being the front man for The Icicle Works, Ian briefly played bass guitar in Ringo Starr’s band in 2002. Throughout the 00s Ian released a further 5 solo albums: Waifs And Strays, The Gentleman Adventurer, Before All Of This, How We Live, and Great Things – all self-financed and issued on his own Fairfield Records imprint to a small, dedicated fan base.

So far this decade, Ian has released Little Episodes, Eclectic Warrior, and Kruggerands – harder rocking albums which both feature the band Cold Shoulder; Respectfully Yours (a long-promised album of cover versions), Star, Smile, Strong, which features collaborations with Prof. Brian Cox, a co-write with Ralph Molina (from Crazy Horse), and the unexpected return of Icicle Works drummer Chris Sharrock (who had gone on to work with The La’s, World Party, Del Amitri, Dave Stewart, Mick Jagger, Robbie Williams, Oasis, and both Liam and Noel Gallagher in their solo endeavours), and most recently Our Future In Space, which once again features Cold Shoulder, and the song Aquamarine co-written with R.E.Ms Peter Buck.

More about the support: The Jesus Bolt Following on from Witness in the late 90’s/ early 2000’s Gerard Starkie has released a solo album, recorded 2 albums and toured extensively with The Blue Aeroplanes. Gerard’s partner Hazel Winter was also in The Blue Aeroplanes in the early 90’s and has since released a string of albums, produced numerous videos and published her first book of poetry ‘I’m Scared Of The Pig On The City Farm’ in December 2018. Together as The Jesus Bolt they are about to release their 2nd EP ‘That Unwanted Present’ and are currently working on their debut album, set for release in early 2020.