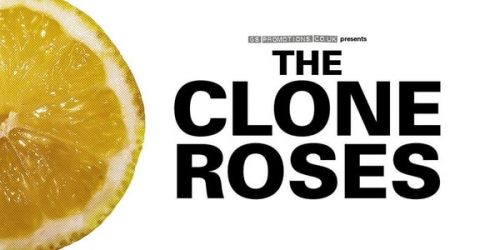 Long regarded as the number one tribute to seminal Manchester band The Stone Roses,‘The Clone Roses’ return to Wigan to grace The Old Courts stage. Over the last twenty years the band have played sell-out shows across the UK taking in someof the Britain’s most regarded venues as well as performing alongside some of their musical heroes including The Happy Mondays, Clint Boon, Bez and even Stone Roses bassist Mani, who dubbed them the second-best Stone Roses in the world.

Mr Manchester himself, Clint Boon, will be spinning the decks before the Clones hit the stage, playing some Manchester Classics, old & new