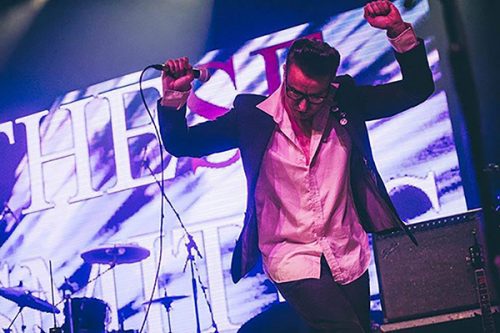 “Not like any other love. This one is different, because it’s us”. “These Smiths” are a tribute from Manchester, who perform the music of “The Smiths” and “Morrissey”. The band formed in 2015, shortly after their lead singer performed as Morrissey on ITV’s “Stars in Their Eyes” later racking up over 13,000 followers on Twitter!!! Renowned as the closest sounding tribute band to the real thing, “These Smiths” are a must see for fans of “The Smiths” and “Morrissey”.

Support on the night comes from gritty, new wave, Liverpool based four piece: The High Rip – ‘Rule of 4’ their debut album is out now!