U2 2 – The World’s Premier Tribute 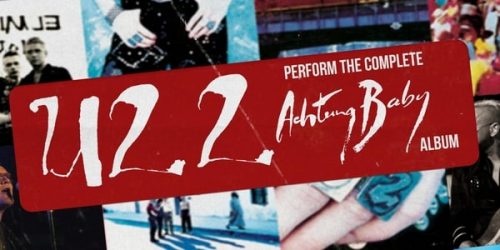 U2 2 are the world’s longest running tribute to U2. These look-a-like/sound-a-likes have performed over 2000 shows, spanning four continents! Boasting the best sounds in the business, the band have also been hired purely as look-a-likes by companies such as Blackberry.

During the ’90’s, the band were known as, ‘Achtung Baby’ and they were the hottest ticket, selling out venues all over europe. Over the past 27 years, their sound has been refined to the point, where even the most ardent U2 fan cannot tell the difference. Indeed, they have been mistaken for the real thing many times throughout their career.
Having performed alongside the real U2 in Rotterdam, the band have been praised by Bono and are rated number one by U2 staff members. Proud to know The Edge’s cousin as a friend, they have worked with Ciara on charity events, raising money for Mencap.

Past venues U2 2 have performed in, include Dublin’s Point Depot, to over 7000, Coventry Ricoh Stadium, alongside The Bootleg Beatles and Sheffield arena! Their solo crowd attendance record is 10,000 in Portugal!

This autumn sees the band being flown to Australia and New Zealand for a concert tour, such is their reputation. Some of their past clients include BBC, ITV, RTE, SKY, 2012 Olympics, Bournemouth Air Festival and Pernod-Ricard.

This will be the band’s second visit to The Old Courts. Please note, the album show listing has been changed since last year. The band will perform lots from The Achtung Baby album, now with more greatest hits.

‘We’re flattered by what they’re doing’ – Bono
‘Seen them a few times, they’re the best, quite stunning as ever’ – Aaron Govern U2 staff member
‘You only need Jo the soundman stood next to ya’ – Keith Duffy Boyzone
‘The greatest U2 tribute in the world’ – Suggs
‘Amazeballs, the best in the world’ – Ciara Lawrence The Edge’s cousin