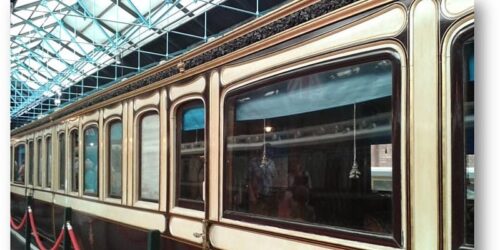 Peter Peters – a life given to the London and North Western Railway. This illustrated talk sketches the development of the railways in Wigan but focusses more particularly on one stationmaster at Wigan North Western station whose working life was spent on the railways and who met an untimely death because of it. Queen Victoria’s royal train, played a tragic part in the story of Wigan Stationmaster Peter Peters.

Marianne is a former community heritage manager with Lancashire County Council, and past chair of the Lancashire Local History Federation. Since moving to Wigan 16 years ago, she has taken a great interest in various aspects of the town’s history. The house she lives in is central to the story of Peter Peters and his fate.

We are delighted to welcome Marianne for this online talk.

The Zoom log in details for joining will be sent out 24 hours before the event and again 1 hour before the start of the talk.