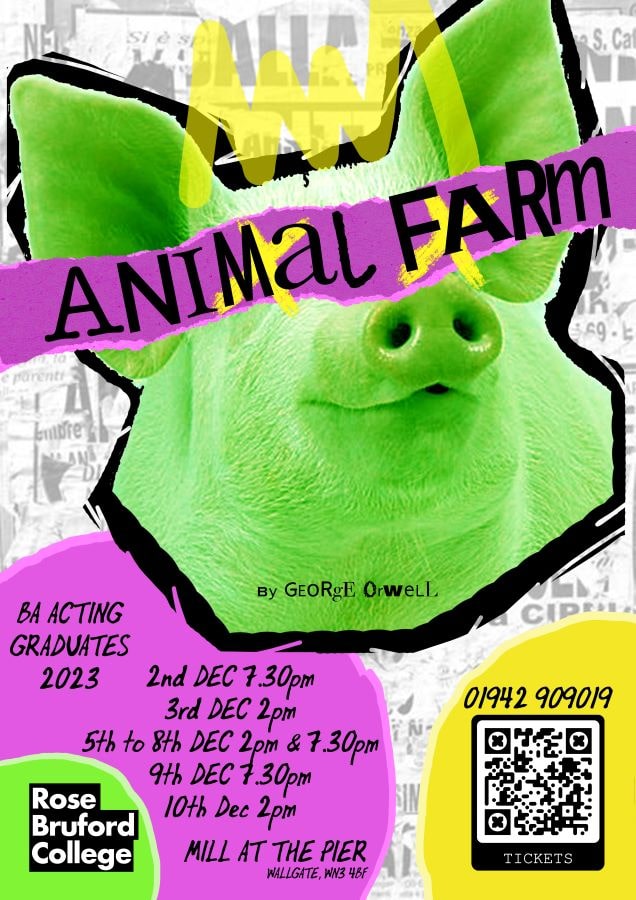 adapted by Kate Coogan and the Cast

based on the novel by George Orwell

When the downtrodden animals of Manor Farm overthrow their master, Mr Jones, and take over the farm themselves, they imagine it is the beginning of a life of freedom and equality. But gradually a cunning, ruthless elite among them, masterminded by the pigs Napoleon and Snowball, starts to take control. Soon the other animals discover that they are not all as equal as they thought, and find themselves hopelessly ensnared as one form of tyranny is replaced with another. Orwell’s chilling ‘fairy story’ is a timeless and devastating satire of idealism betrayed by power and corruption.