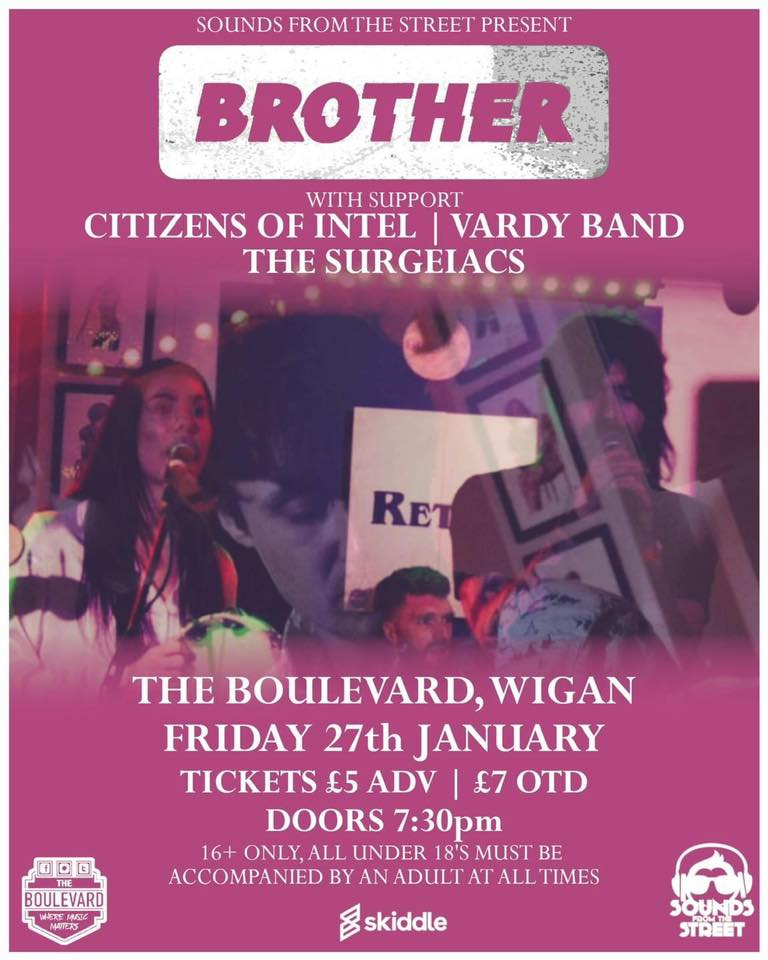 Local rock/indie/blues band Brother will be headlining for us and it’s their first headline of the year, male and female lead singers works really well along with bluesy guitar tones and bassy vibes.
Citizens of Intel are a young band who have played some ace sets for us in the past, they called it quits at one point but with so much talent in the band it would’ve been a travesty to lose them.
Vardy band are coming to us from Mansfield and lead singer Daniel Vardy is no stranger to the boulevard as he has played quite a few times in different bands and is always well liked when he gets on that stage. Indie/ska tunes with great addition of saxophone.
The Surgeiacs are a brand new band on the wigan scene and this will be their first gig so get down early and show them support
Doors 7.30
16+ All under 18’s must be accompanied by an adult at all times.