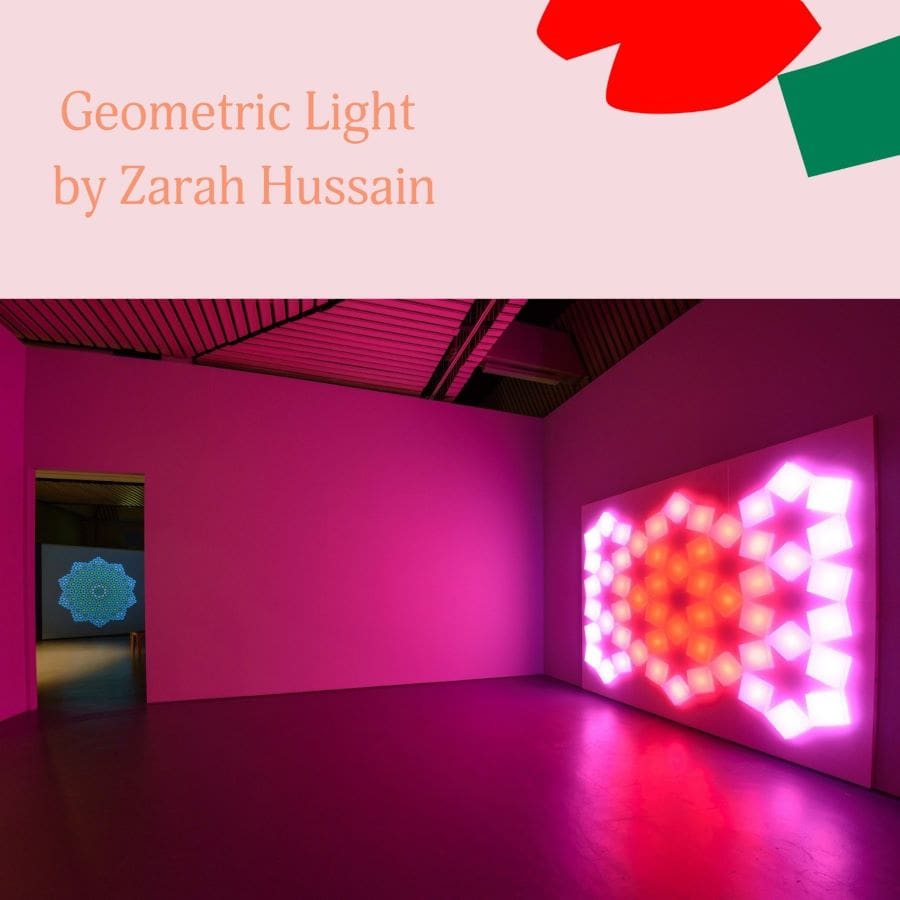 “There is a very interesting relationship between generative, computer-programmed art and Islamic art, starting with the simple fact that in both, patterns and numbers underlie everything.” – Zarah Hussain

The Turnpike Gallery is delighted to present a stunning exhibition by award-winning artist Zarah Hussain. Originally from the north-west UK and now based in London, Zarah has previously shown her paintings at the Turnpike Gallery alongside the sculptural work of Halima Cassell in Araam in 2010.

Geometric Light is a specially selected exhibition with the artist and will present digital projections and animations from 2005-2022 alongside her most recent paintings.

Zarah was the first artist to explore how algorithms could be used to animate Islamic pattern. In 2005 she was commissioned by Cartwright Hall in Bradford to develop her first animation using computer code. She has subsequently exhibited throughout the UK and internationally, including the Barbican Centre and South Bank Centre in London; Barnaby Festival, Macclesfield; Peabody Essex Museum, USA; and the Sharjah Museum, UAE. In addition to her digital work, for which she has collaborated for many years with Cris Thompson, Zarah continues to make paintings and sculpture as an integral part of her practice.

Geometric Light will include Invisible Threads – a wall-based installation of 54 light boxes filled with programmable LEDs; Beauty of Abstraction – a projected animation from 2005; Sharjah Spectrum – a projected animation which has infinite combinations of colour; Breath – a projection of a changing dodecagon evoking the inhaling and exhaling associated with breathing; and a series of new Breath paintings.