gerrumonside! The passion of rugby league past, present & future 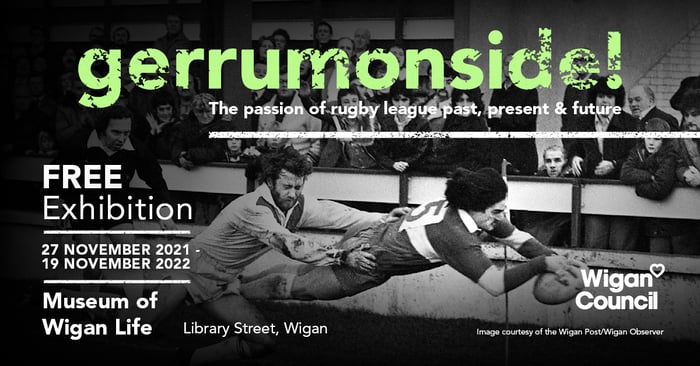 Whilst the important and popular displays on Roman Wigan, Egyptology and early local trade will remain on show, this temporary exhibition celebrates Rugby League past and present in the Borough and internationally.

Follow our local teams’ trophy-filled histories and learn how Wigan, Leigh and Tyldesley broke away from the Rugby Football Union in 1895 and formed the Northern Union. Learn about the early game, the rise of women in the sport, disability rugby, grass roots rugby, the international game and the all important fans! See original memorabilia never seen before, and more unusual items including the original turnstile from Central Park.